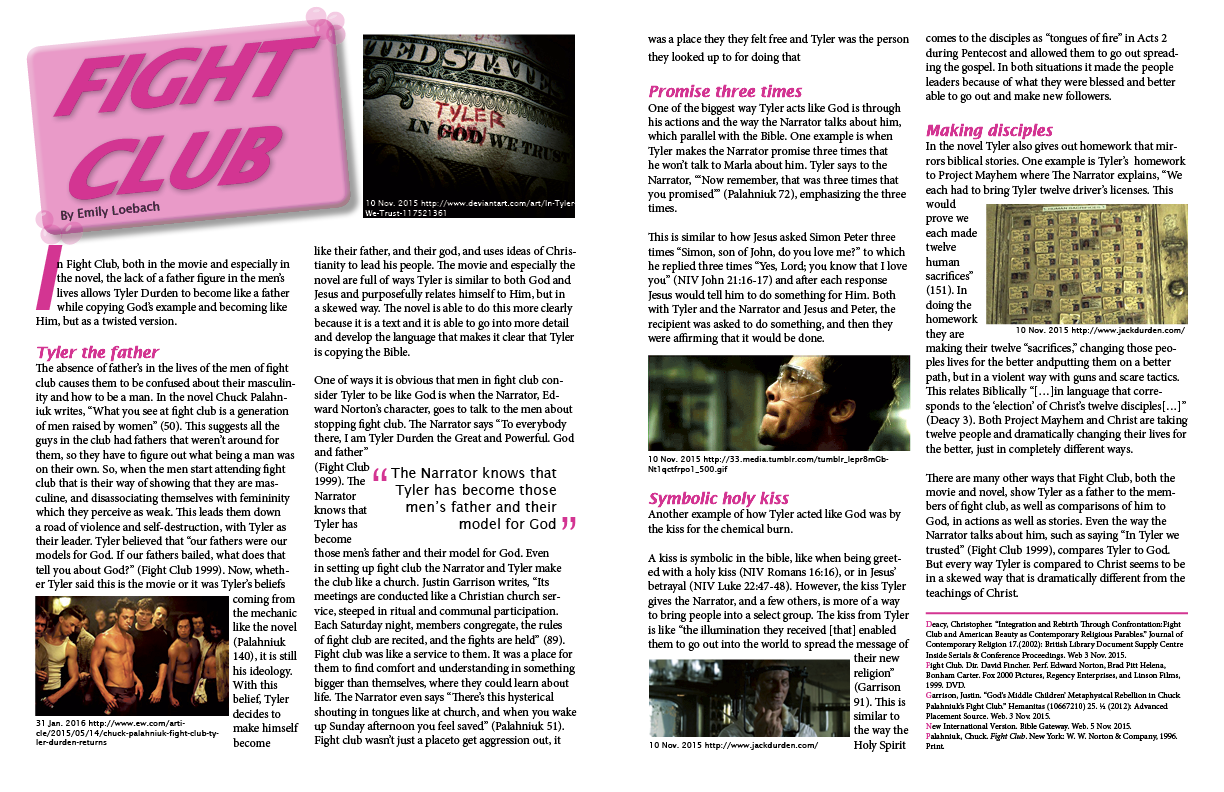 This is a two-page spread featuring a paper I wrote about the film, and novel, Fight Club for a Film as Literature class. The article discusses the differences and similarities between the movie and the film, specifically how Tyler Durden acts like a father to the men and like God to them. After writing the paper I transformed it into a two-page spread using InDesign. I created the soap shape, which is inspired by the film cover and relates to a part of the film/novel. The image in the top right of the first page is part of the title of the paper. All the other images are from the film and they all visuals to help recognize and remember what part of the film/ novel I am discussing. 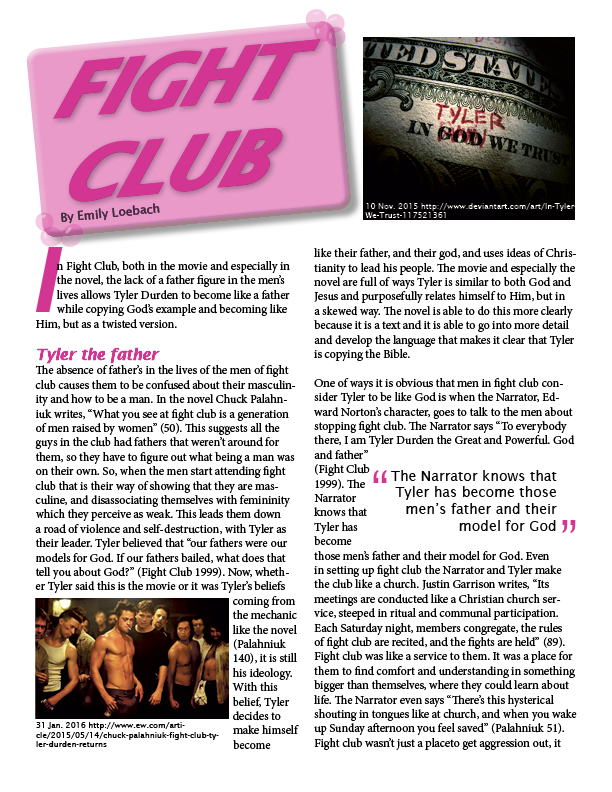 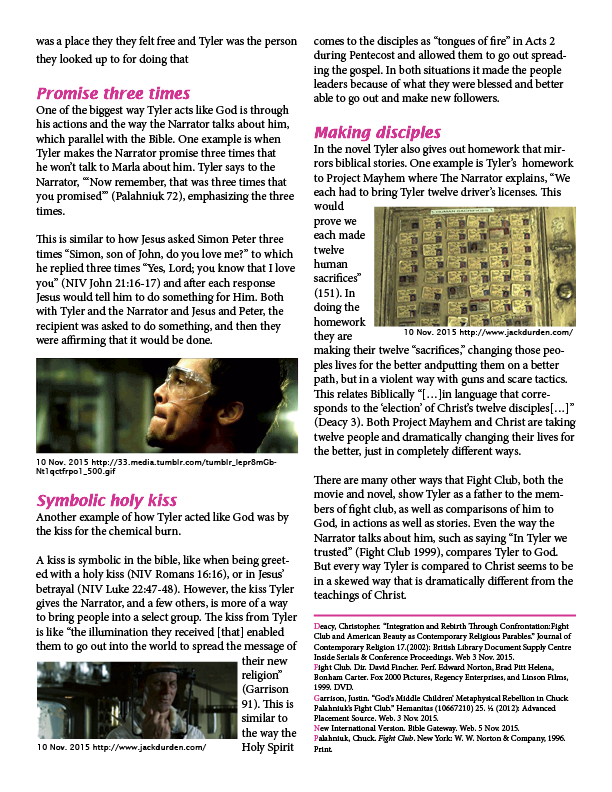