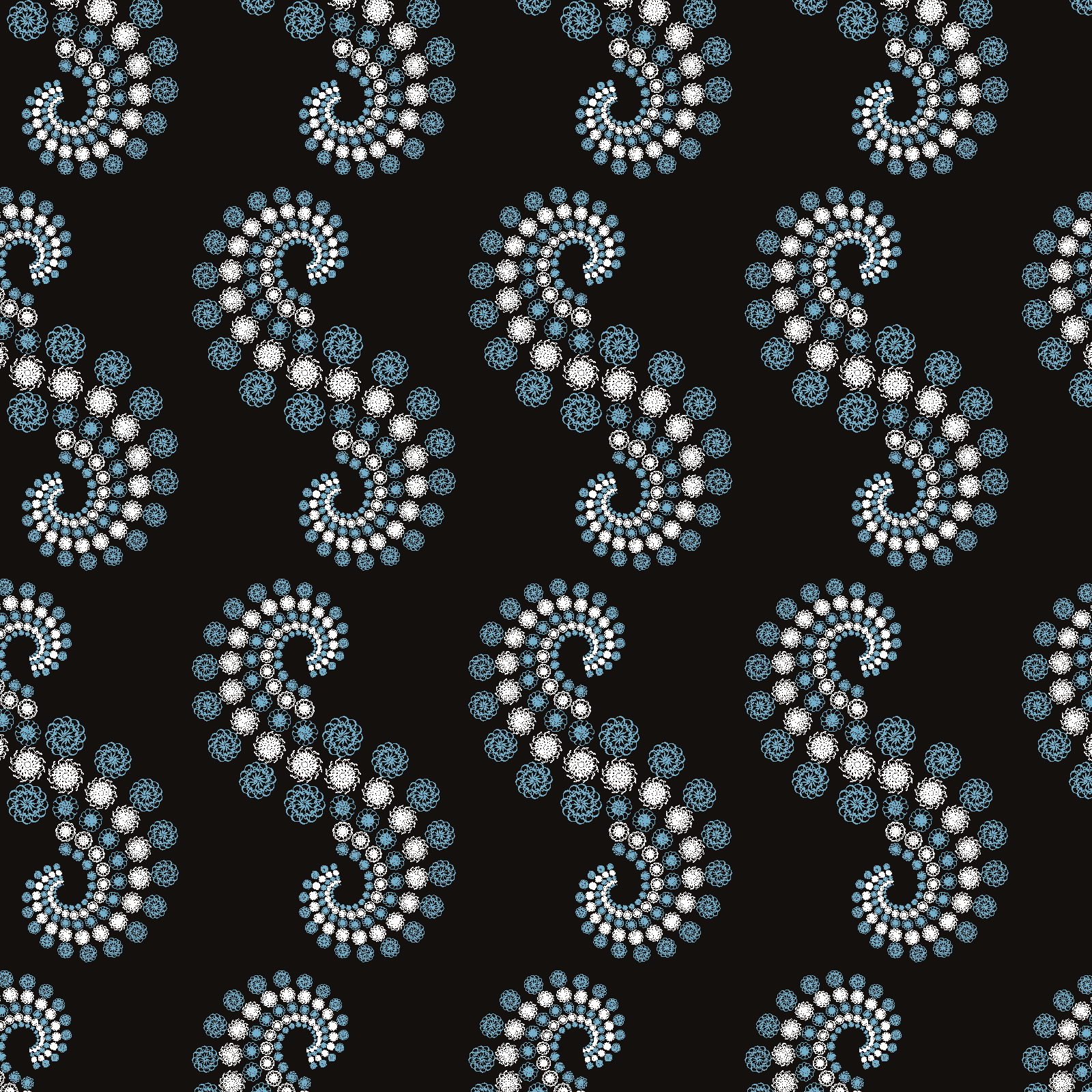 For this pattern I wanted to experiment with my branding identity. To start with, I used the blue, white, and black colors that are in my logo for the pattern. For the shape I was very interested in rotated type to create shapes. I used French Script MT, which is what is used for my logo, and I took each individual letter on my first name (Emily) and rotated it in a circle and formed a line. After that I rotated that full line in a decreasing circle to create the fractal. After that I took that shape, flipped it and reversed it, and put it next to the other to create the “S” shape, which is a shape that can be found in other works of mine. I played with using the colors in different ways to form a different mood depending on what it will be used for. This piece is created using Illustrator. 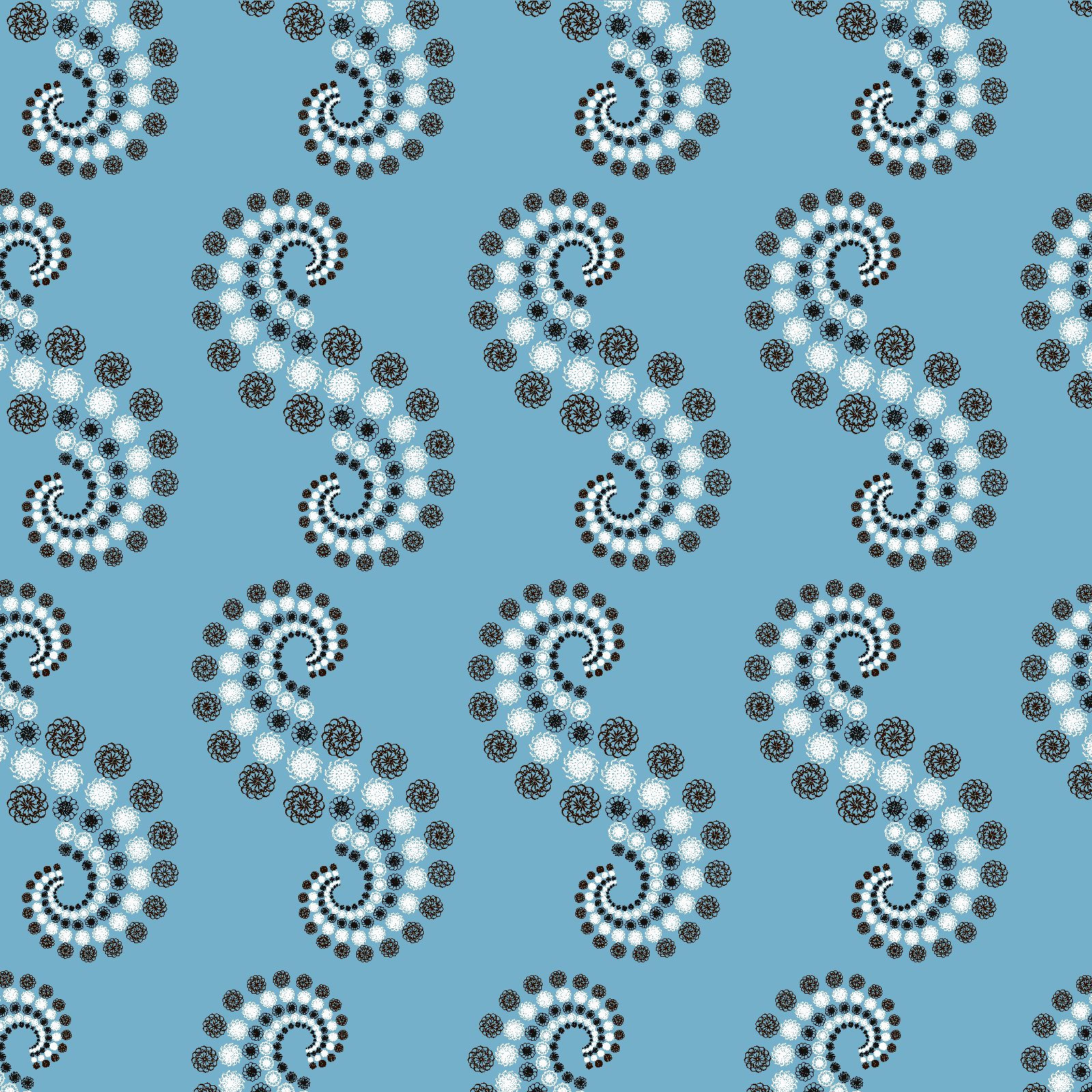 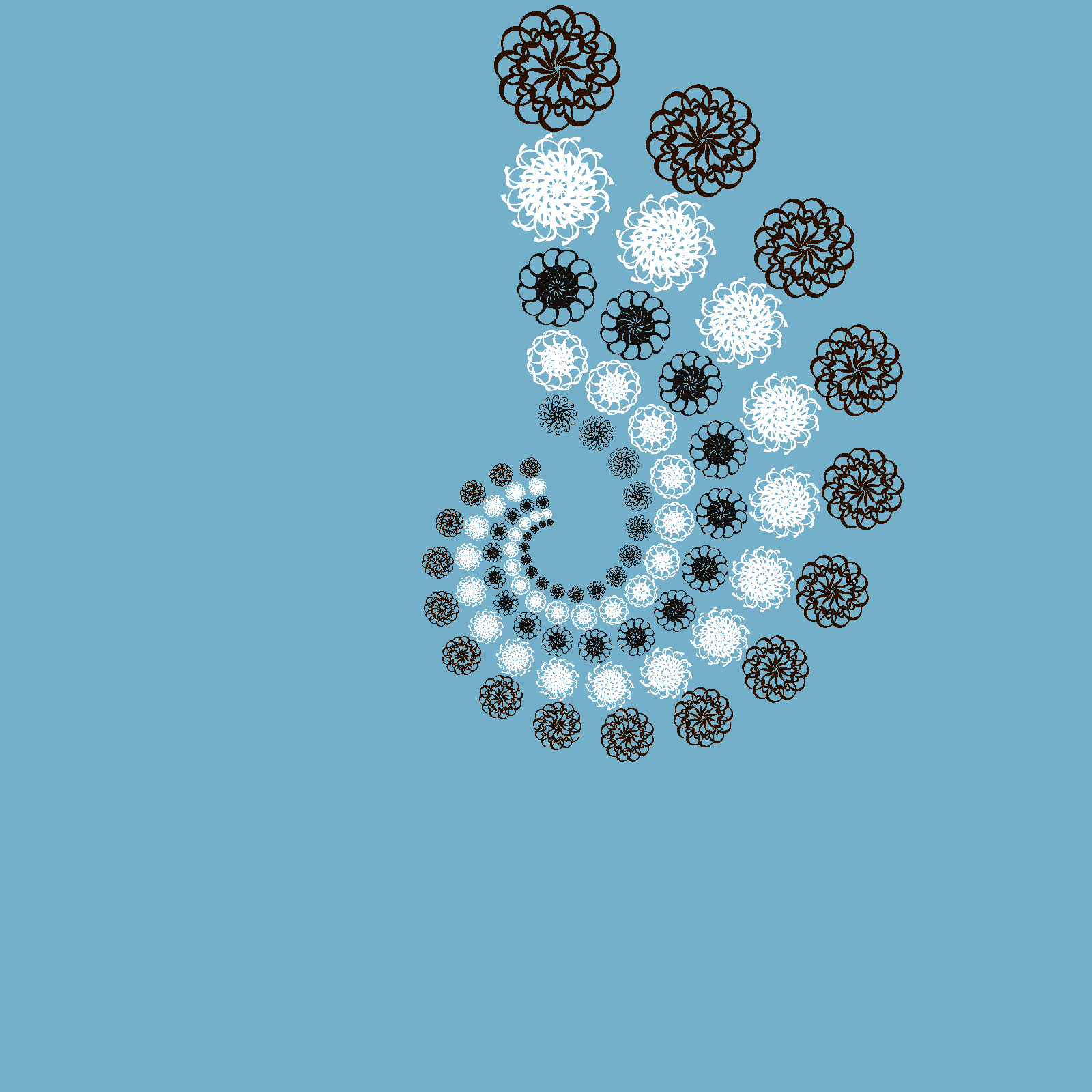 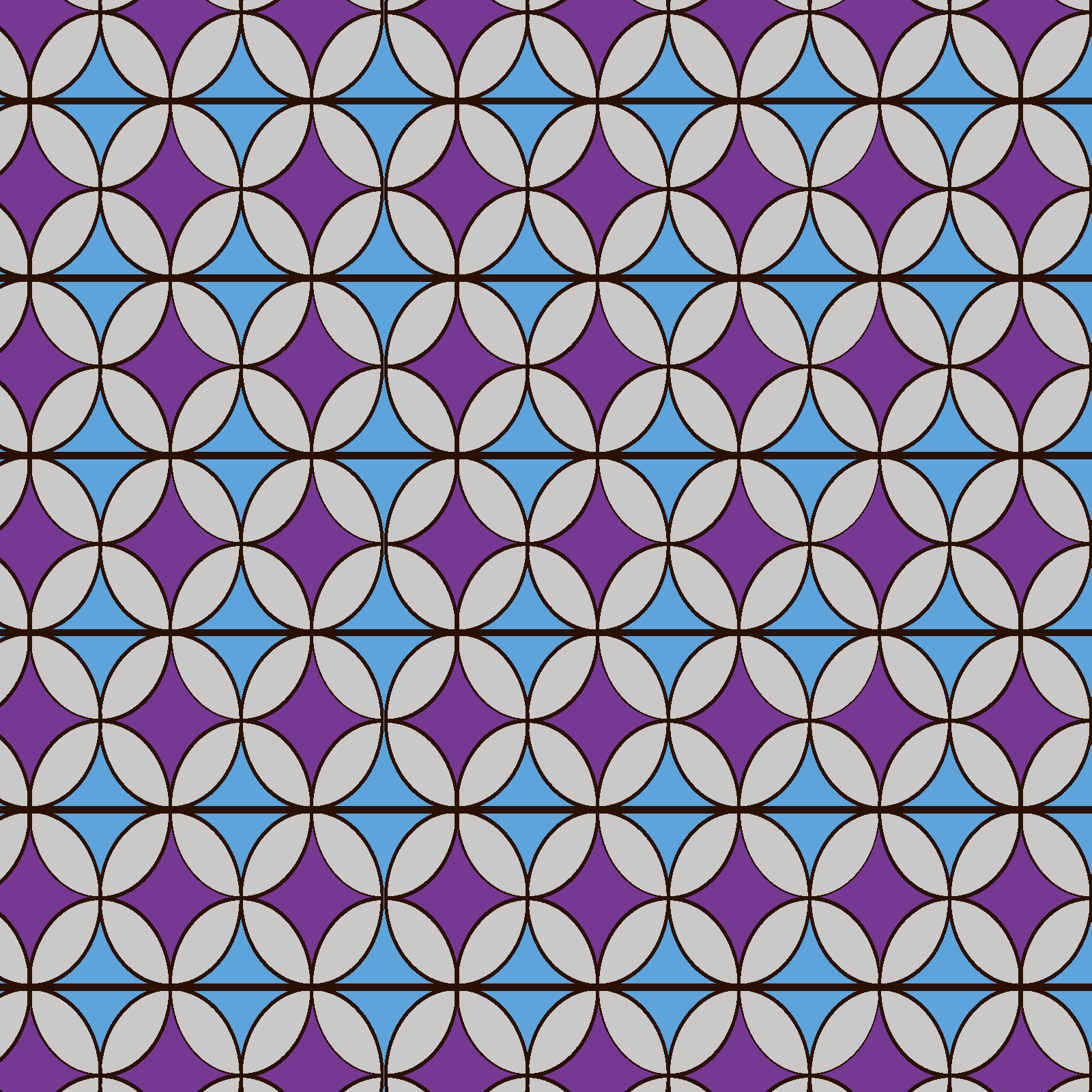 This work is a simple tessellating pattern created from overlapping half circles. This design plays with space and how the eye sees different shapes depending on what they focus on. The purple space shows a diamond, the teal is similar but with a line through it, and the off-white forms a sort of “X” or flower shape. I used bright, but cool calming colors so as to draw interest without being overpowering. I chose to keep the stroke on because it helped to form the interesting shape distinctions. This piece is created using Illustrator.

For this work I wanted to play with the idea of tiles and creating one simple shape and using it as a swatch to create its pattern. My aim was to create a very simple pattern, but something still interesting and with simple elegance. The shapes were inspired by simple objects in my everyday life. The colors were loosely based off of Islamic tiles and Indian mandalas. I am often drawn to the deep red in intricate designs and I find the teal striking and beautiful, so I used them together alone with some neutral tones. This piece is created using Illustrator. 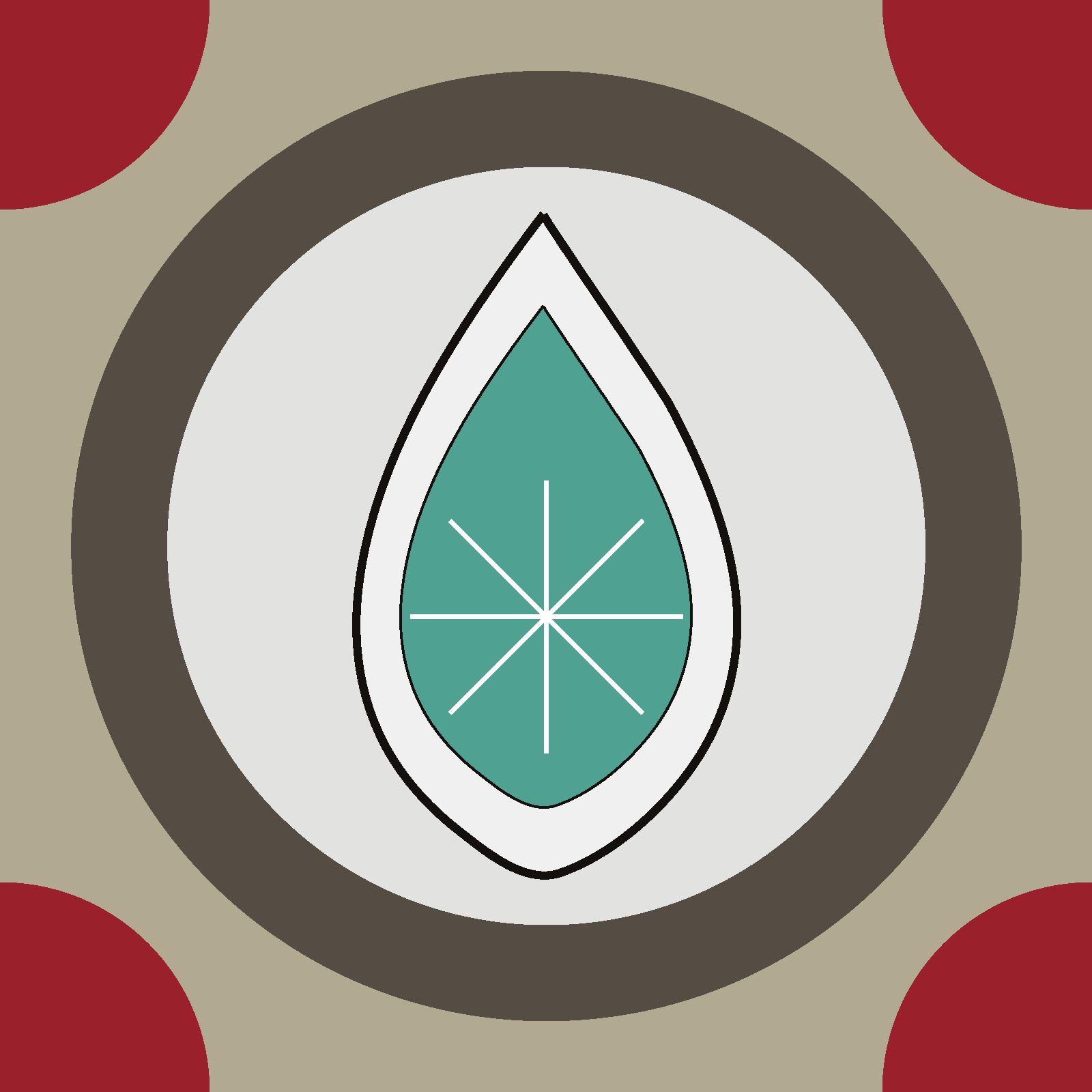